This week we jump back in time to1985, and an unusually quiet West Croydon Bus Station. 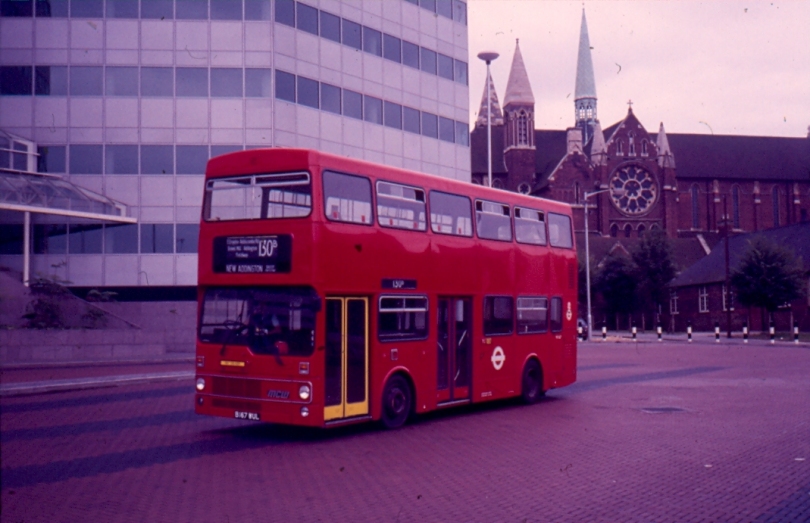 It’s a Sunday in 1985, and almost new M1167 is all alone in West Croydon Bus Station – quite an unusual situation, even on a Sunday morning!

The M is resting between turns on the high frequency 130 group of routes, which at that time linked Croydon with the vast sprawling estates of New Addington with each suffix taking in a slightly different part of the area. The coming of the trams in recent year relegated the 130 to a much lower key role, it is now a single route, operated by midibuses, and does not reach Croydon.  The London practice of using tiny lettering for the suffix makes it hard to see that what is being displayed here is route 130B, and must have been difficult for those with poor eyesight!