This week we jump back in time to June 1984, and the eastern side of London, back in the days when Routemaster operated services still operated far out into the suburbs. 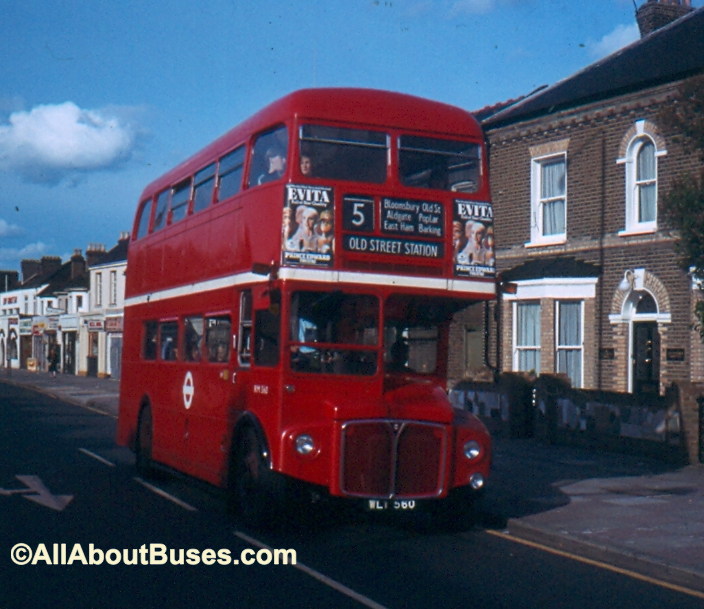 It’s Sunday 3rd June 1984, and West Ham’s RM580 is heading in from Becontree Heath, on the Sunday version of the route (which on weekdays ran as far as Waterloo, but on Sundays stopped at Old Street).  The picture is taken close to Barking.

Route 5 had an interesting history, having been converted to One Person Operation with DMS class buses in April 1971, running as an OPO route for a decade, before converting back to crew operation and Routemasters in April 1981.  Crew operation lasted until November 1985, when Titans took over. The route still survives today, but like many others, has been drastically cut back, and now comes no further in than Canning Town.

RM580 survived the conversion of the 5, and moved westwards, eventually ending its days on the 28, and being withdrawn when that route was converted to minibus operation in 1989, and recorded as scrapped the following year.