Route 33 is one of the longest on the network of Dublin Bus, taking in a number of coastal towns in North Co. Dublin (Balbriggan, Skerries and Rush) before running through open country, eventually reaching the outskirts of Dublin at Swords.

From there in it shares the road with the much more frequent 41 group of routes.

However Volvo B9TL / Wright Gemini GT57 seems to have caught a gap in the 41 service, and is getting heavily loaded at stops inbound along the Swords Road on yet another baking hot day.

The 33 also has an express variant, 33X, which avoids this part if the route and takes the motorway for a good part of the trip. 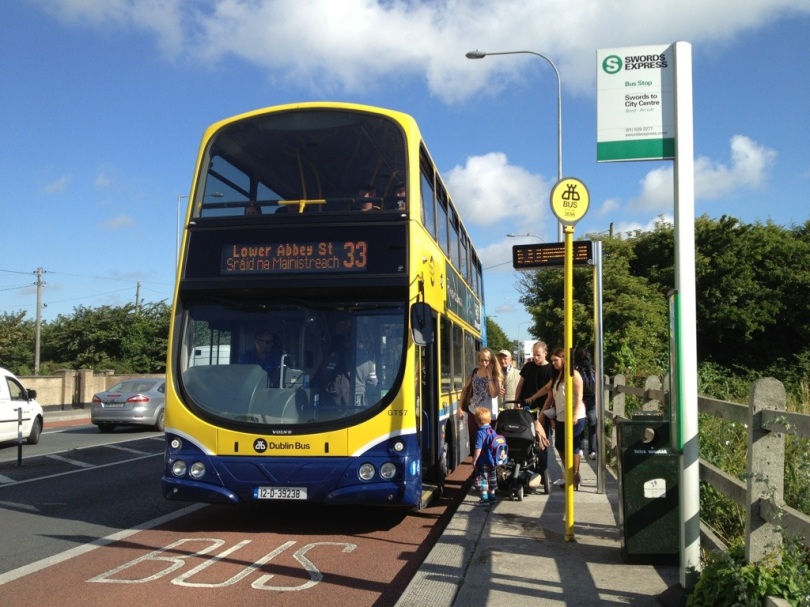