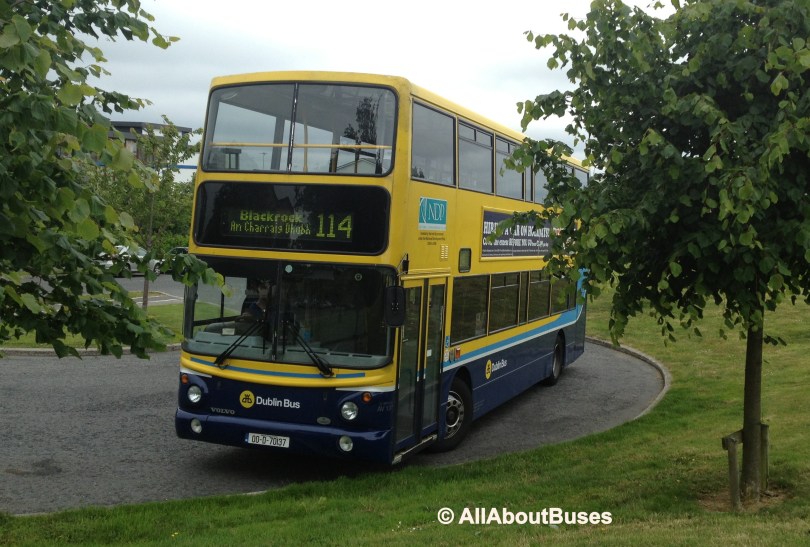 With a further 80 new double-deckers due to arrive into the fleet from mid-July 2013, Dublin Bus will be making further inroads into the originally 648 strong fleet of ALX400 bodied Volvo B7TLs.  A handful were sold last year after the final Olympians were culled, but this year will see a cull of more than 60 members of the AV class, being taken from those 00-registered vehicles which have not had LED destination indicators refitted, and retain the older, harder to read dot matrix displays.

Donnybrook will be the first garage to get new buses, so the days are numbered for AV137, see here at the Ticknock terminus of route 114 on Saturday 29th June 2013.

Contrast this picture to that of the terminus of London route 114 a couple of posts earlier – the Dublin version is somewhat more scenic!buses